The Flower of Life
The most common form of the Flower of Life is hexagonal pattern (where the center of each circle is on the circumference of six surrounding circles of the same diameter), made up of 19 complete circles and 36 partial circular arcs, enclosed by a large circle.

The Temple of Osiris at Abydos, Egypt contains the oldest to date example. it is carved in granite and may possibly represent the Eye of Ra a symbol of the authority of the pharaoh. 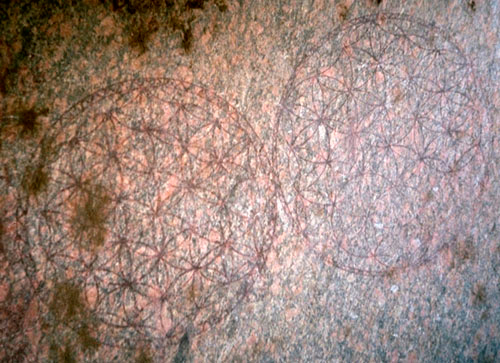 Other examples can be found in Phoenician, Assyrian, Indian, Asian, Middle Eastern, and medieval art. You may know that the complete flower contains the kabbalah`s tree of life, the fruit, the egg and the seed of life.

The flower of life holds a secret symbol created by drawing 13 circles out of the Flower of Life. By doing this, one can discover the most important and sacred pattern in the universe. This is the source of all that exists; its called the Fruit of Life. It contains 13 circles. 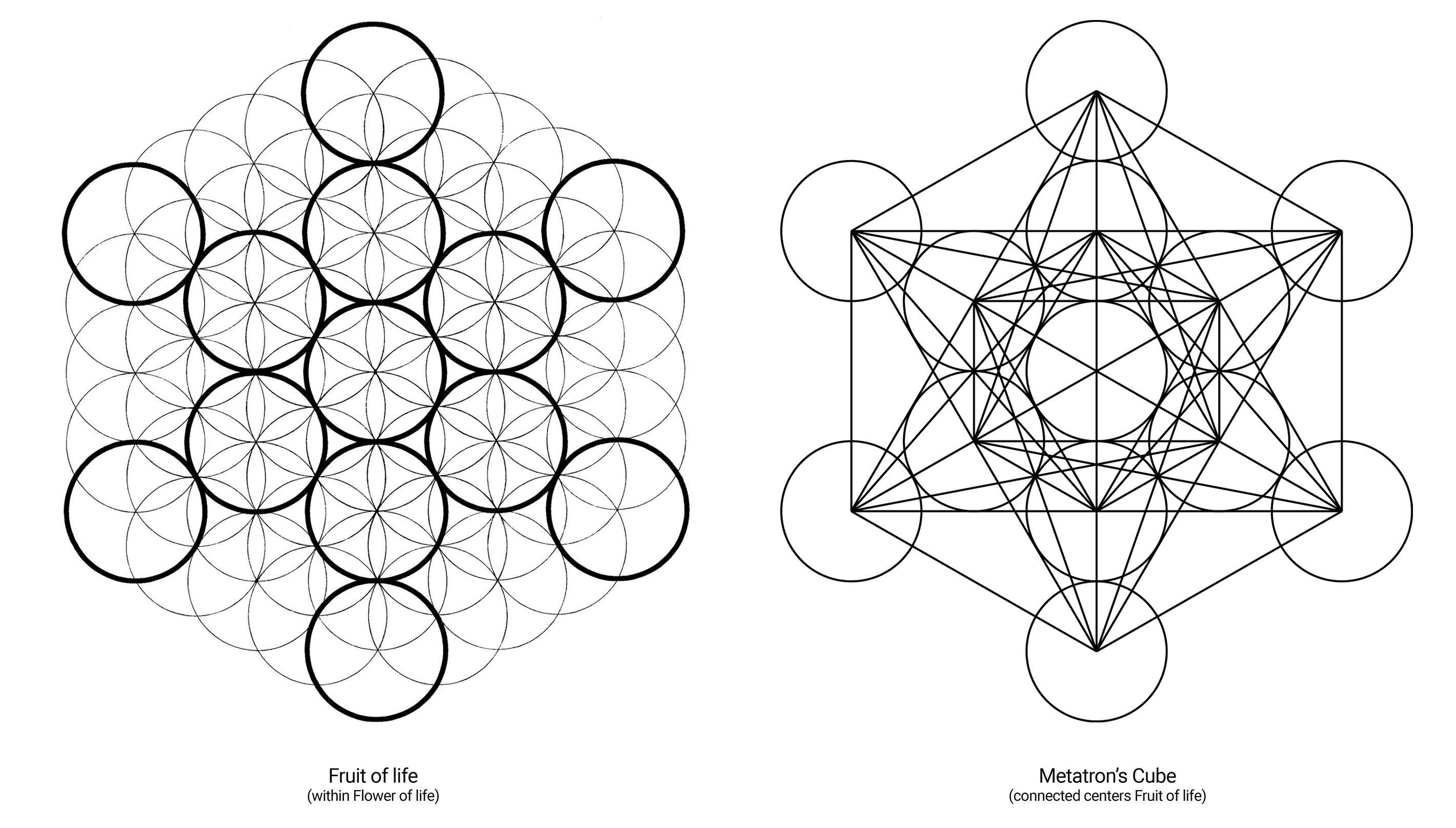 The Platonic solids are sometimes also called cosmic figures. The Platonic solids were known to the ancient Greeks, and were described by Plato in his Timaeus ca. 350 BC. In this work, Plato equated the tetrahedron with the element fire, the cube with earth, the icosahedron with water, the octahedron with air, and the dodecahedron with the stuff of which the constellations and heavens were made. Predating Plato, the neolithic people of Scotland developed the five solids a thousand years earlier.

The stone models are kept in the Ashmolean Museum in Oxford.

The Platonic Solids
The Platonic solids, also called the regular solids or regular polyhedra, are polyhedra with equivalent faces and corner angles, and fit exactly within a sphere.

There are exactly five such solids: the cube, dodecahedron, icosahedron, octahedron, and tetrahedron, as was proved by Euclid in the last proposition of the Elements.