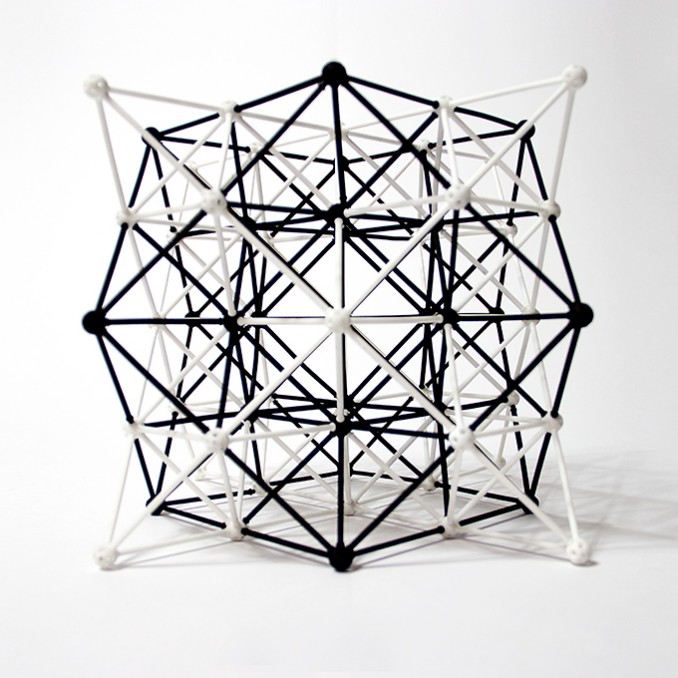 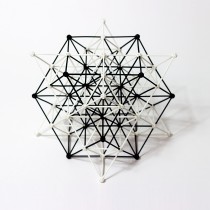 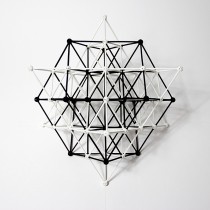 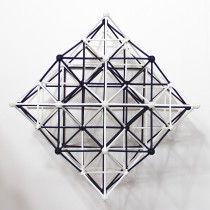 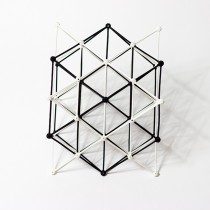 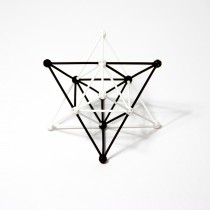 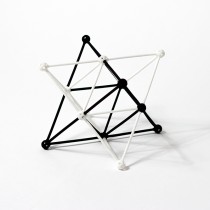 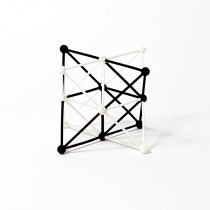 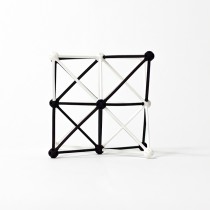 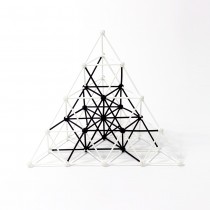 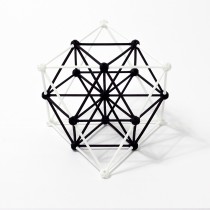 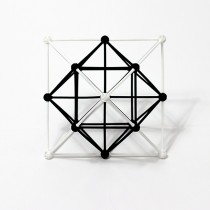 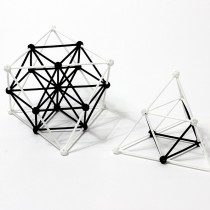 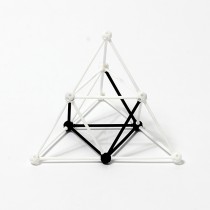 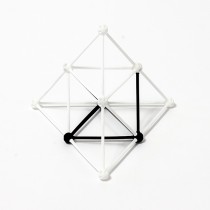 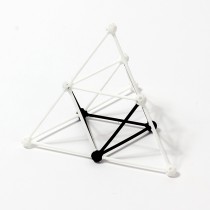 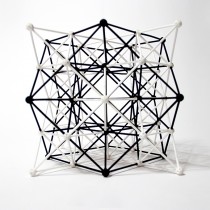 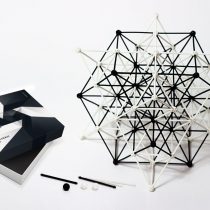 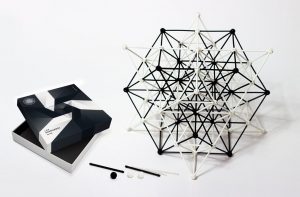 Did you notice that a duotone Star Tetrahedron has an even (balanced) number of black and white seeds and rods, and are actually 2 big tetrahedrons interlocking in opposite directions, forming 8 new smaller tetrahedrons, with just one complete black tetrahedron and one complete white opposite to each other, emphasizing the dualistic nature.

If you take 8 of these ‘dualistic’ Star Tetrahedrons and fuse the the complete black tetrahedrons together, you get the 64-Tetrahedron Cube. The 64-Tetrahedron Cube, discovered by Nassim Haramein, has both sides of the spectrum, the ‘absolute nothingness’ (vector equilibrium) and the absolute expansion (star tetrahedron). It represents the total as one, the alpha and the omega, the positive and negative together in one three dimensional model.