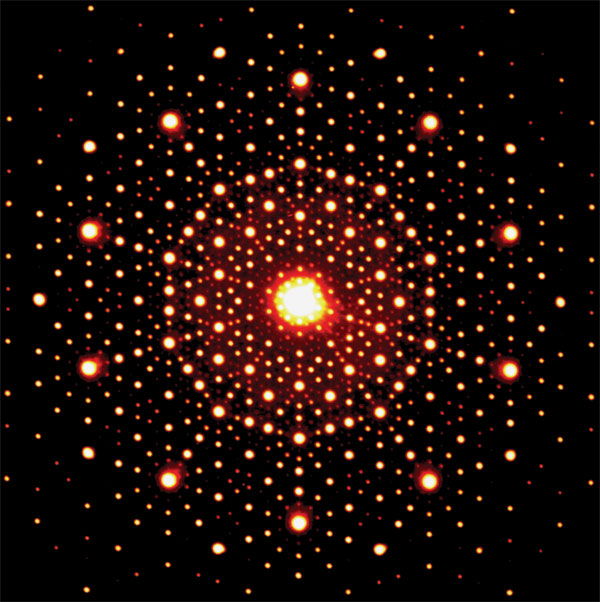 Similarities with Islamic art
The thing that fascinates me the most about Quasicrystals, apart from their unusual properties, is the similarities between the geometric patterns and patterns used in Islamic art and culture. 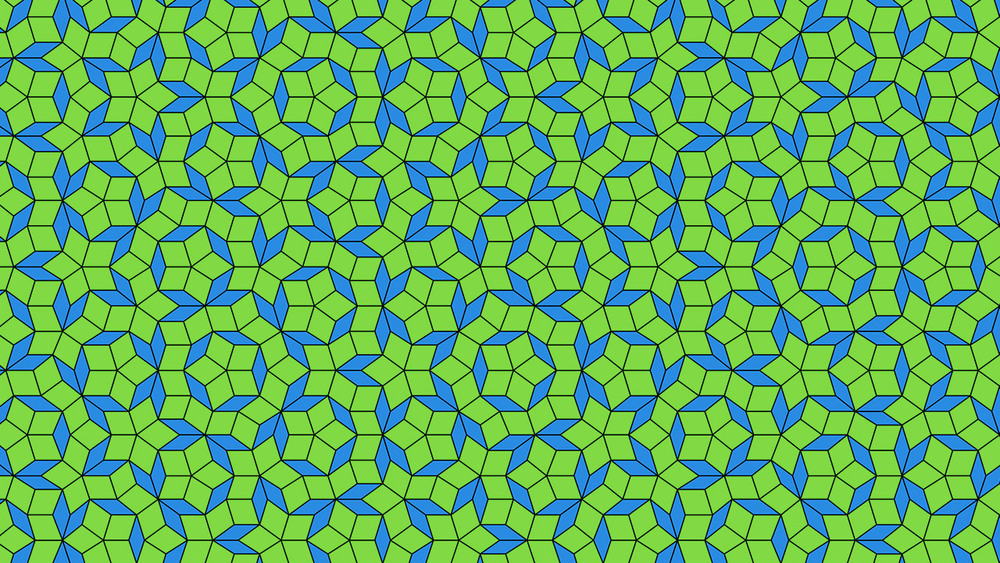 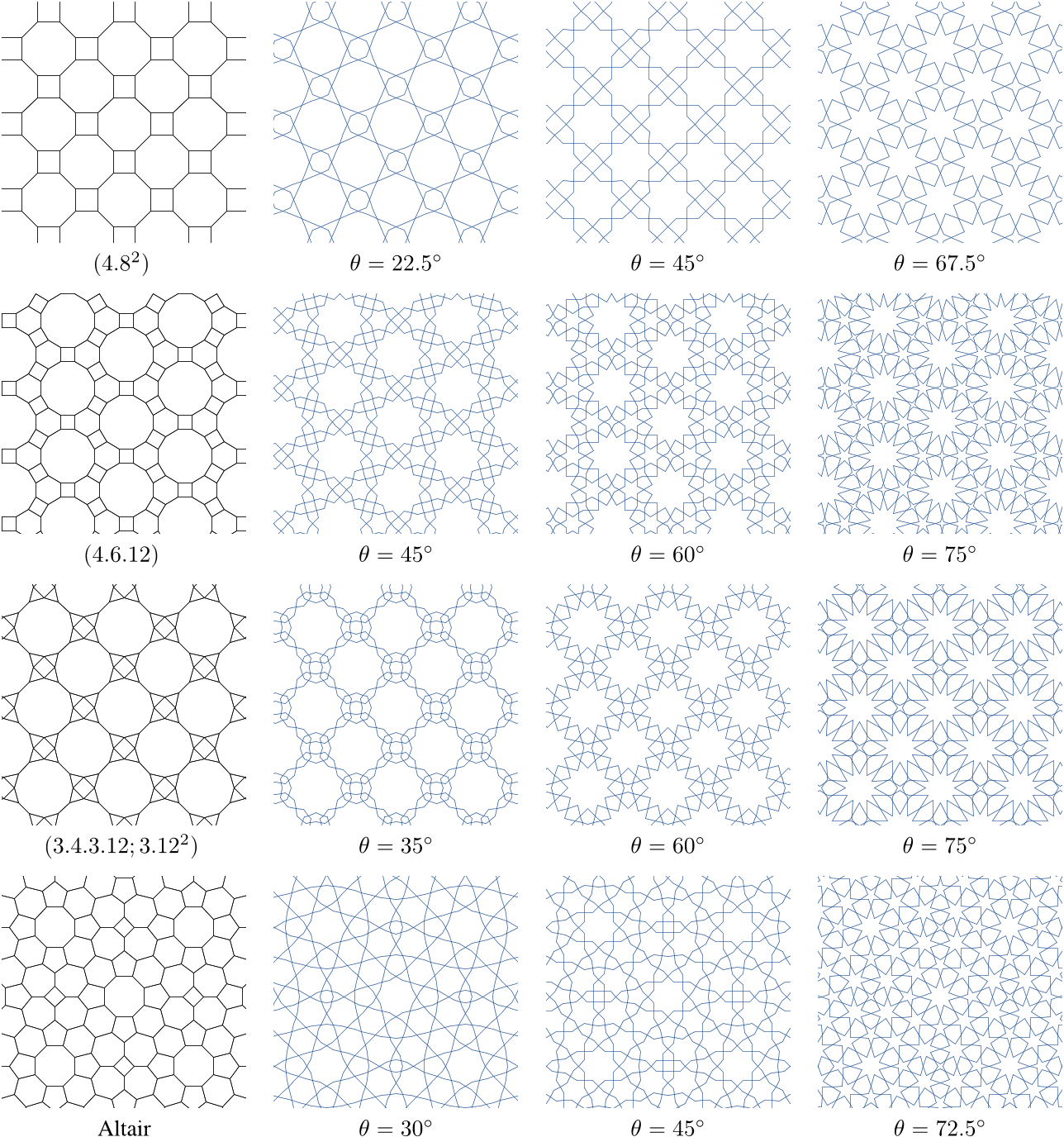 Dan Shechtman and the discovery of Quasicrystals

In 1982 materials scientist Dan Shechtman observed that certain aluminium-manganese alloys produced the unusual diffractograms which today are seen as revelatory of quasicrystal structures. Due to fear of the scientific community’s reaction, it took him two years to publish the results for which he was awarded the Nobel Prize in Chemistry in 2011, 27 years later.

Properties of quasicrystals
Intermetallic quasicrystals are typically hard and brittle materials with unusual transport properties and very low surface energies. Thermal and electronic transport in solid materials is normally enhanced by phonons and Bloch waves that develop as a consequence of the periodic nature of crystals. In quasicrystals, the absence of such collective transport modes generates behaviors more like those found in glasses than in normal crystals. The low surface energy of quasicrystals make them corrosion- and adhesion-resistant and imparts them with low friction coefficients. 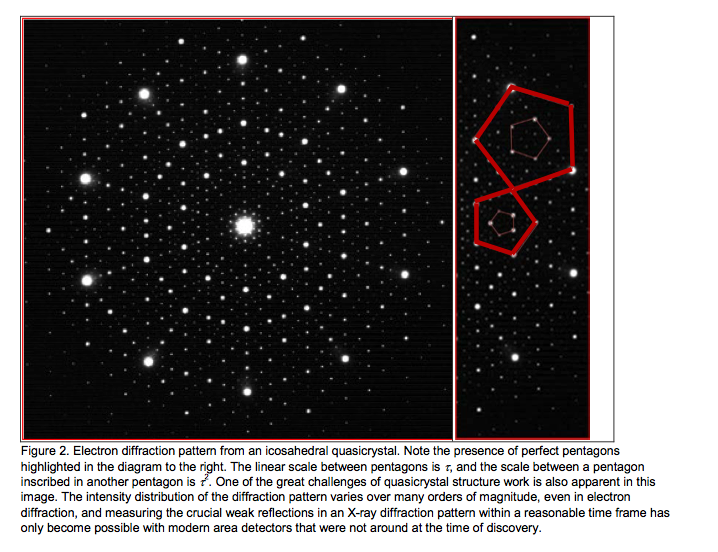 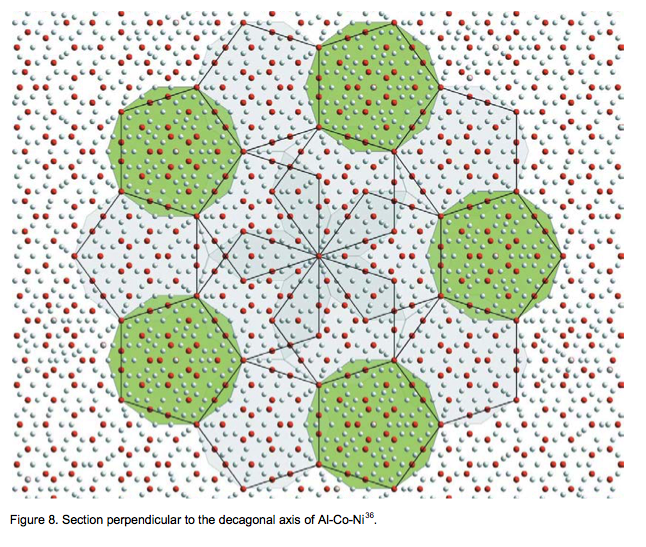 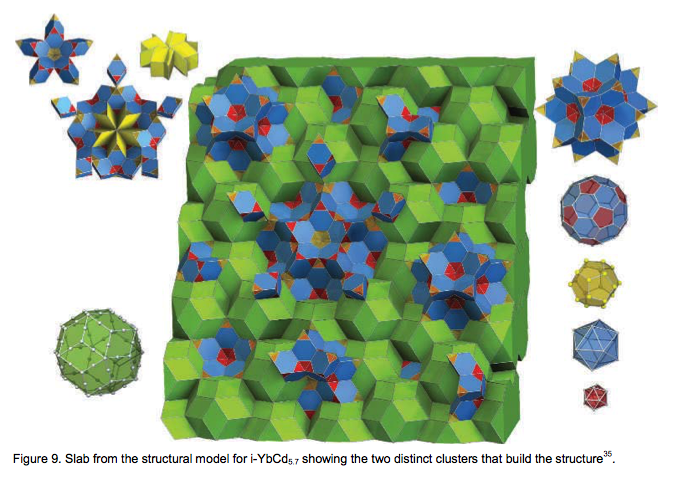 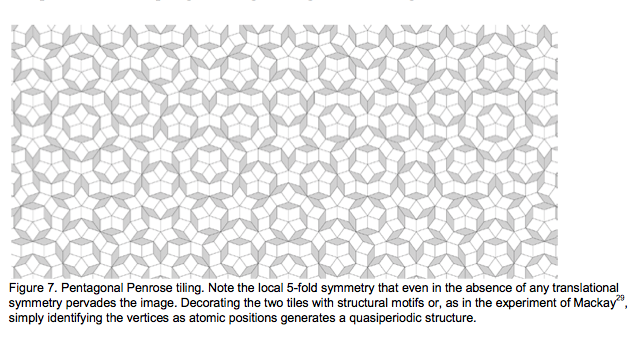